This is a 1968 Pre-production example – possibly the only RHD example in the world.

Only 245 RHD 280se 3.5 Coupes were manufactured. However, this particular example is possibly the only pre-production RHD model in the world. It came off the production line in November 1968 as a RHD 280SE Coupe (w111.24) ordered by the Daimler-Benz ‘experimental’ division. There, they removed the M130E six cylinder engine and drive train, and fitted the newly designed W116 980 3.5 v8 engine and gearbox, as well as the newly designed ‘lower-grille’ bonnet.

The vehicle was also fitted with air suspension for evaluation (later replaced with coil spring suspension by the factory) before production of the 280SE 3.5 Coupe started a year later in November 1969. The engine and axle numbers all have the “V” designation that stands for ‘Versuch’, which translates as ‘Experiment’.

This amazing history (including data cards, invoices & correspondence from Daimler-Benz) is fully documented in two files that accompany this unique historical vehicle. It is thought unusual that an ‘experimental’ car such as this would be sold by the factory, however, Mr Gowers, through his dental import business, Penadent, had a contact at the factory, and managed to buy the vehicle, importing it to the UK in January 1971. Mr and Mrs Gowers (now in their 90’s & 80’s respectively) enjoyed using the car  for almost 36 years before passing it on to its next owner when they moved home and no longer had garage space for the car.

Very well maintained throughout its life, the car has previously been restored and the engine rebuilt. More recently, it has been maintained by specialists, Roger Edwards.

This unique car has been featured in several magazines, as well as in a film by Petrolicious. It is currently on display at Mercedes Benz World. 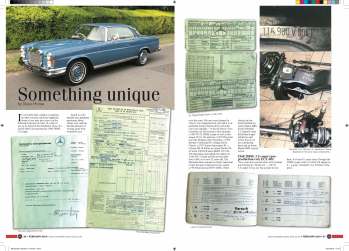 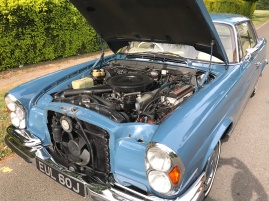 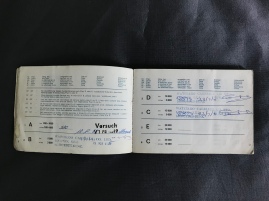